How to choose a GPU for mining

There are so many graphics cards available on the market that you can easily get lost. This article will help you choose the right GPU for mining Ethereum and other cryptocurrencies.

If you want to reduce the GPU power consumption and overclock your GPUs — uncover a wide range of GPU settings to reach their most optimal performance: clock speeds, core voltages, memory, and much more, try Hiveon OS to reach maximum efficiency in terms of hash/watt ratio.

Compared to last year, considering the shortage of video cards and the growth of the cryptocurrency rate, prices have significantly increased. But the profit from mining remains high and largely depends on the suitable device. You should consider a few things prior to the future acquisition. This step will help turn a video card into an effective cryptocurrency mining tool.

Note that the specified hashrates and power consumption levels are statistical averages — your results may vary.

If one owns a high-performance GPU that can handle high-intensity computer applications, this person can also use it for mining cryptocurrency. Choosing GPUs is the best solution for small-scale or individual miners. Moreover, when one chooses a GPU for mining, they get a lot of space for customization and flexibility and can mine different cryptocurrencies using multiple GPU rigs simultaneously; thus, the demand for GPU mining hardware solutions is increasing. So, nowadays, it is common for vendors to launch GPU mining hardware solutions specifically produced for mining (Technavio, 2020).

GPUs contributed 16.91% to the overall market in 2020 and should increase its contribution to 18.35% of the global cryptocurrency mining hardware market by 2025, according to Technavio. The source mentions that GPUs will have no competitors in the growing segment within the overall market. The forecast is shown in the chart below: 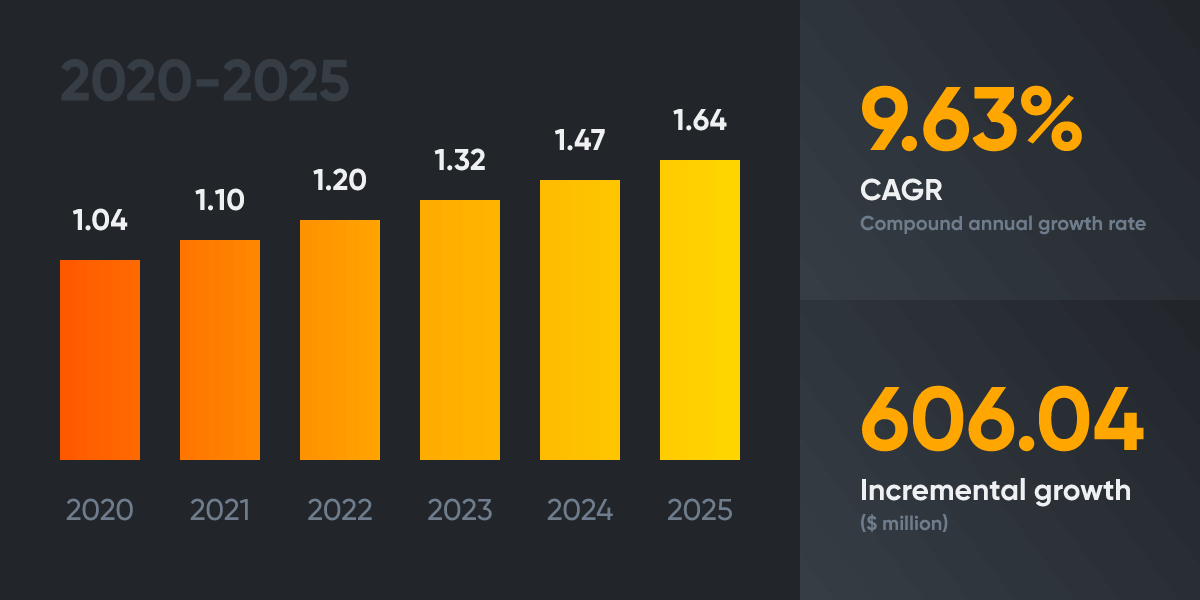 So, what criterias should you follow when choosing a graphics card for mining?

The best GPU for crypto at a glance 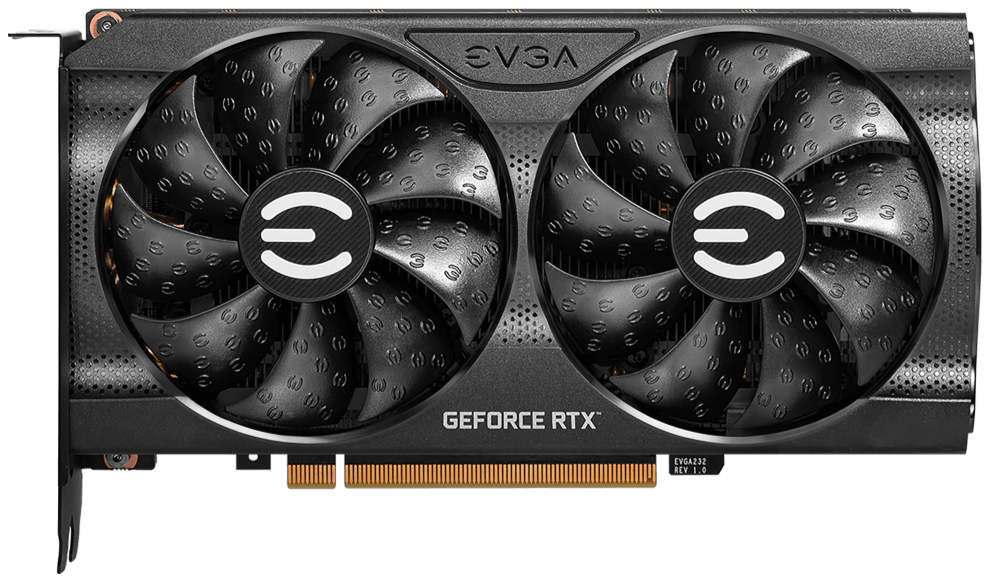 The latest RTX 3000 series cards offered an excellent performance to power consumption ratio. Unfortunately, because of shortages in the market, cards without LHR are tough to find. Despite this, the RTX 3060 Ti LHR offers excellent value for money in mining Ethereum and other cryptocurrencies such as Flux, Ravencoin, Vertcoin, Ergo, or Zeno.

To mine Ethereum at higher speeds, typically about 45 MH/s, use a miner that allows you to bypass the LHR lock partially. These include lolMiner, T-Rex, GMiner or NBMiner. Use the latest version of the miner to enjoy top performance. If you're using Hiveon OS, you'll be able to install any updates seamlessly with a single click from the dashboard panel via the website or mobile app.

The power to performance ratio when mining Ethereum is admittedly not a strong point of this card because of the LHR lock. Other cryptocurrencies like Ravencoin or Flux can be mined on it with full performance, though. So it's worth considering buying this card, especially if you plan on mining cryptocurrencies that are not limited by the LHR lock. 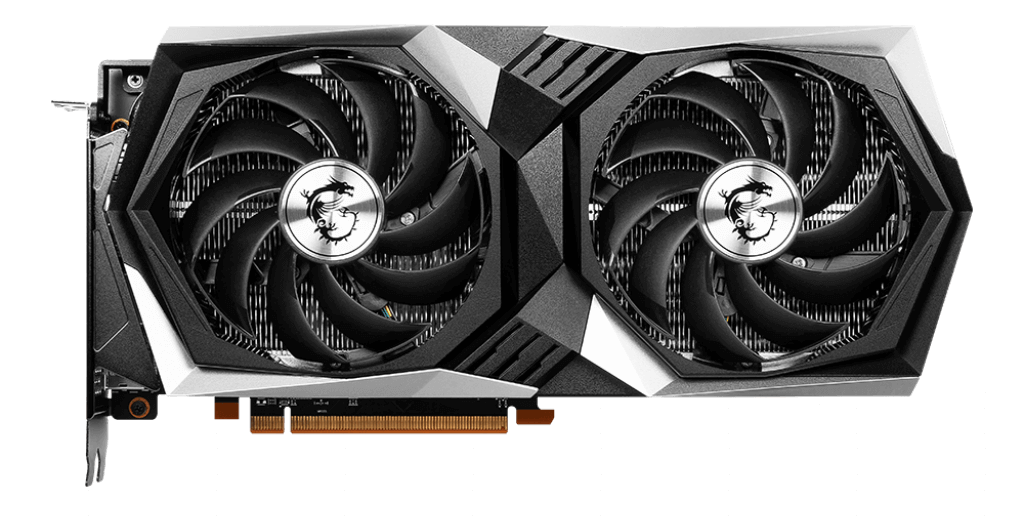 Another option worth considering is the RX 6600 XT, the latest generation graphics card from AMD. It provides brilliant performance in mining Ethereum, Ravencoin, and Ergo. And most importantly, with minimal power consumption! When mining Ethereum, this GPU runs at approximately 32 MH/s with a power consumption of 65W. Especially if your electricity costs are high, this can be an essential factor when choosing the best graphics card for mining.

Hiveon OS supports mixing AMD and NVIDIA GPUs, so don't be afraid to add an AMD GPU to your NVIDIA mining rig and vice versa. 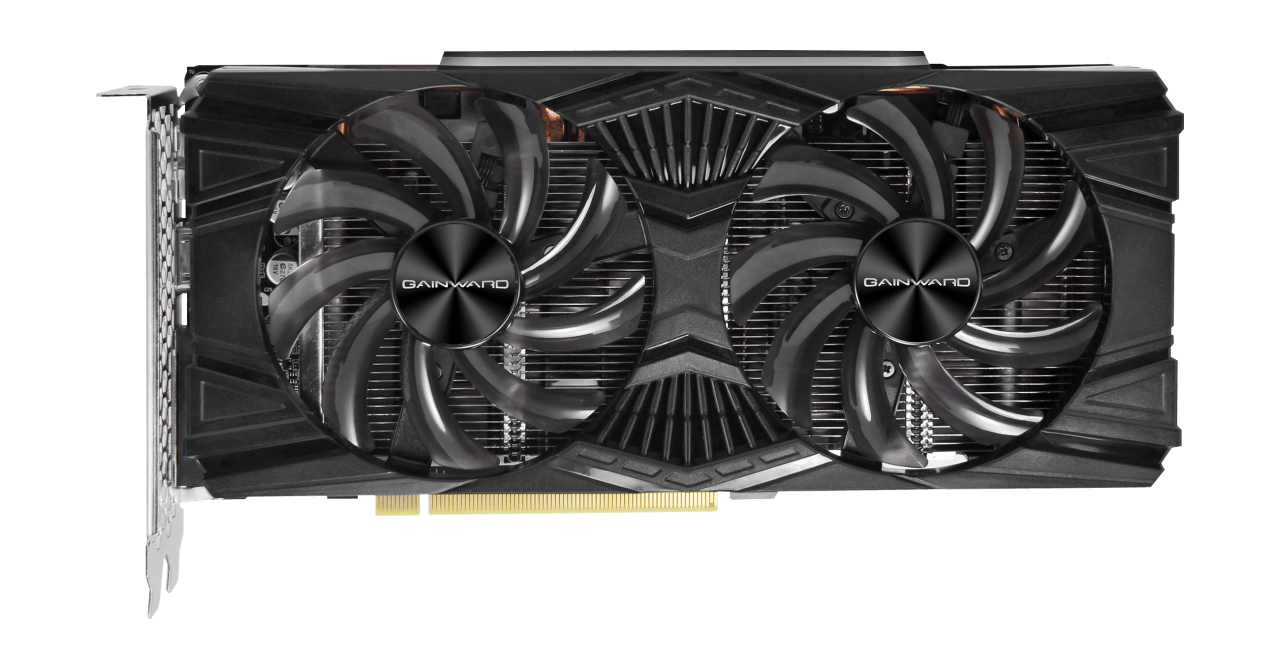 According to Hiveon OS statistics, the GTX 1660 Super is, despite its age, one of the most popular graphics cards because of its reasonable price/performance ratio and low power consumption. Importantly, unlike the RTX 3000 series, the GTX 1660 Super is not affected by the LHR lock. So, this graphics card can mine Ethereum at full speed - around 32 MH/s at 80W. Other cryptocurrencies that this GPU mines well include Flux and Ergo.

To achieve the best performance with the lowest possible power consumption, set Absolute Core Lock. In Hiveon OS, you can do this easily by specifying the desired value in the overclocking options. 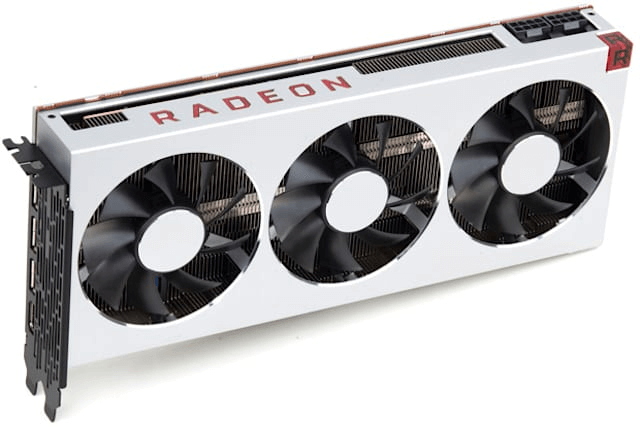 It is probably one of the most well-known video cards for mining. Despite the relatively high price, the model has a lot of fans, given the 16 GB of HBM2 memory, which guarantees the device's long lifespan. Radeon VII beats many graphics accelerators due to its performance-to-power ratio.

AMD engineers have thoroughly approached the issue of cooling the device. An ordinary "turbine" can no longer cope with powerful graphics accelerators. Therefore, the Radeon VII uses a new air cooling system with a large cooler and three fans. This solution will significantly extend the life of the device.

The RTX 3090 is the most powerful graphics card from NVIDIA. A whopping 24 GB of VRAM makes it possible to mine any GPU-mineable cryptocurrency. Also, the lack of LHR locking means you can mine Ethereum at full speed - approx. 120 MH/s at 315 watts!

Be aware of memory overheating issues, though. This GPU runs hot! Hiveon OS' AutoFan feature can come to the rescue, allowing you to adjust the fan speed according to the graphics card's temperature. If this does not help, you may be forced to replace the thermal pads or lower the overclocking settings. 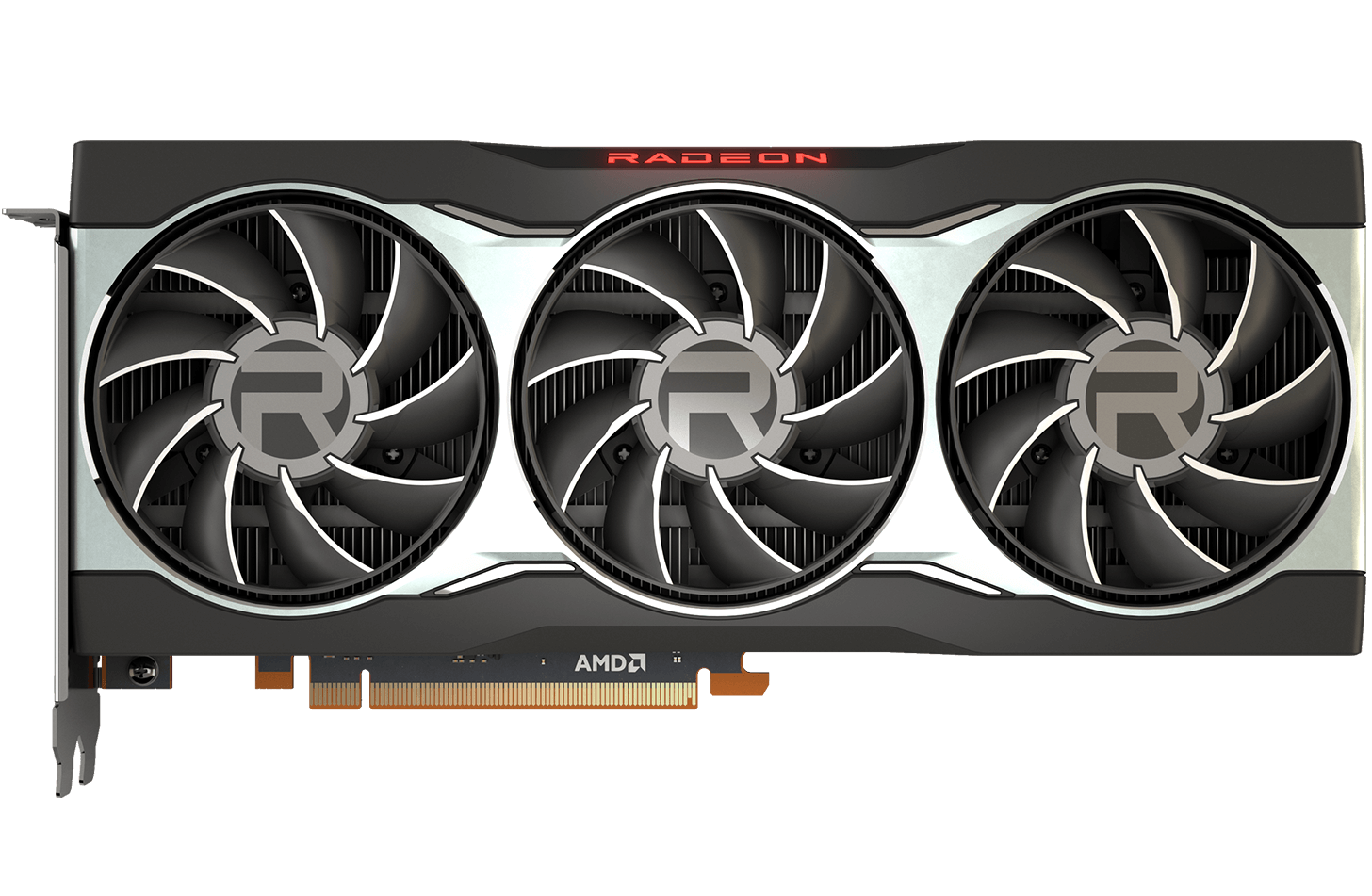 RX 6800 is one of the top GPUs. It has no LHR lock so that you can mine all cryptocurrencies at full speed, including Ethereum and Ravencoin. For the former, the performance is around 62 MH/s at 140W after overclocking and downvolting. It can be tricky because of the number of OC options for AMD cards, but with Hiveon OS, you can preview the most popular community presets from the overclocking panel, which should make things easier. 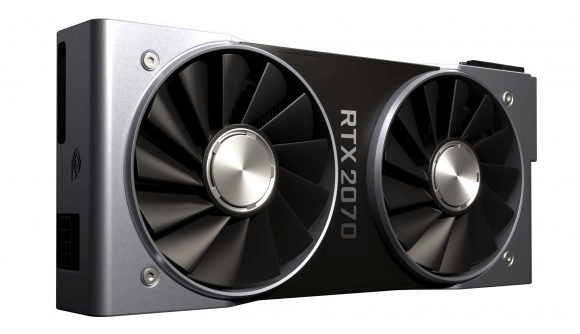 The RTX 2070 is renowned as a profitable mining tool. With a power consumption of 225 W and a memory of 8 GB, the video card shows promising results for mining cryptocurrencies. In addition, the model gives decent Hash Rates on different algorithms.

Like other members of the RTX 2000 line, it is also available in a Super version, aiming at better performance results than the regular one. 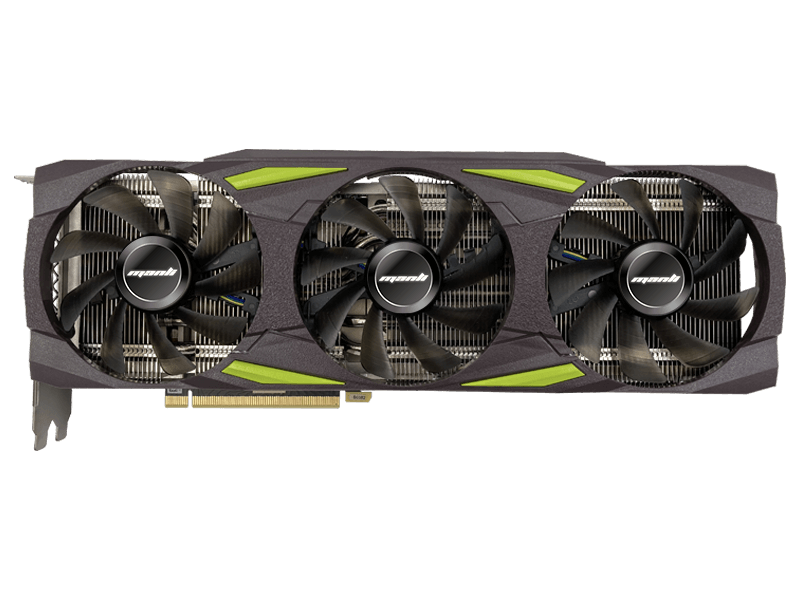 Despite the LHR lock, the RTX 3070 Ti graphics card is one of the top GPUs as of today for mining. It offers outstanding performance in mining cryptocurrencies such as Flux, Ravencoin, and Conflux. Using a miner that can partially bypass the LHR lock, you can reach about 58 MH/s while mining Ethereum, but this happens at a relatively high power consumption — about 185W. Therefore, if your electricity costs are not too high and higher power consumption is not a big problem, you might want to choose this GPU.

The RTX 3080 was the first member of the GeForce 30 series family of graphics cards, launched in September 2020. This model is distinguished by the work based on the updated Ampere architecture, which provides truly high performance.

The video card has 10 GB of GDDR6X memory, 8704 CUDA cores, and a frequency of 1.71 GHz. That's more than 8GB for the RTX 3070. Still, significantly less than the 24GB for the RTX 3090, which is the line leader. However, this amount of memory allows you to mine Grin-type cryptocurrencies.

Nominally, the RTX 3080 reaches 80 MH/s. With a bit of effort, the card can be accelerated up to 100 MH/s with a consumption of 240W. In comparison, the claimed power of the device is 320W. That's why miners love this model so much. Extremely high demand, even in the second-hand market. 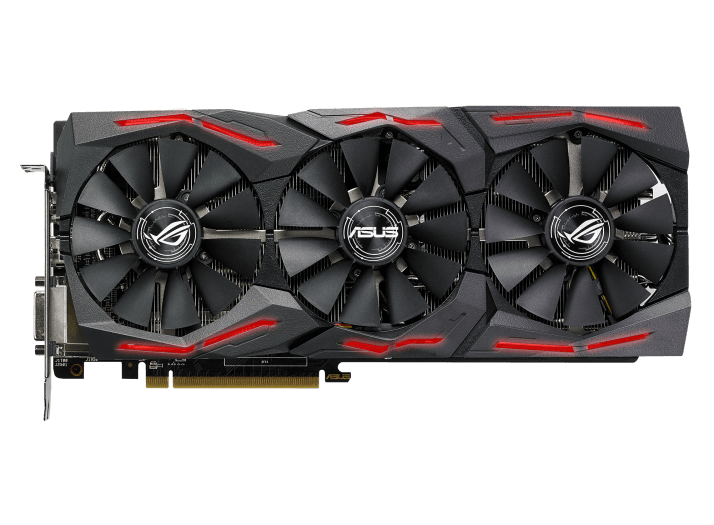 RX 580 is a pretty old graphics card — AMD launched it in 2017. Despite that, it is still the most popular AMD GPU for mining. A good price/performance ratio makes it one of the best cards for mining. Unfortunately, because of its age, it consumes a relatively high amount of power — about 120-140W at 31 MH/s while mining Ethereum. It makes it an excellent choice for those who have free electricity.

The RX 580 is available in two versions: 4 GB and 8 GB. Unfortunately, on the 4 GB one, Ethereum mining is no longer possible. However, 4GB GPU mining is still possible with other cryptocurrencies - including Ethereum Classic, Ravencoin, Ergo, and Flux. If you are interested in mining Ethereum, choose the 8 GB version.

To achieve the best performance, you may want to modify the BIOS. Once you've done that, you can flash it via Hiveon OS.

There are many great graphics cards for mining. Non-LHR GPUs are already sold out or very expensive in most places.

It is recommended to use specialized operating systems that can help organize your cryptocurrency mining processes smartly and efficiently. Hiveon OS will help a miner control mining programs' settings, processor overclocking, and wallet operations. Hiveon OS displays all the necessary information in a web interface, making monitoring more comfortable and easy. The system even helps track the temperature and fan speed statistics of your video cards, and if the hardware overheats, it automatically reboots the device. In addition, with the help of Hiveon OS, you can track the power consumption and malfunctions of your video cards. Install Hiveon OS to manage the mining process and get the best results competently!

The future of mining in 2022 is in question. A possible Ethereum transition to Proof of Stake remains the biggest concern. The effective date for this change has been postponed several times; still, even if it is postponed once again this time around, the threat remains the ASICs entering the network, which could significantly increase the network's difficulty, meaning a decrease in revenue.

Can any GPU be used for mining?

Yes, almost any modern graphics card can mine cryptocurrencies. Ideally, it should have at least 5 GB of VRAM to mine Ethereum on it. Keep in mind that older cards are less energy-efficient; thus, the power costs may be higher than the revenue generated.

How to build a GPU mining farm?

You will primarily need graphics cards. Other components you will need are a power supply (or power supplies), motherboard, processor, risers, RAM (we recommend at least 4GB), mining frame, and a disk or flash drive. From the software part, choose a miner and an operating system.

Revenues are affected by:

And costs are affected by:

Because of this, profitability is constantly changing, and it is tough to give an accurate answer.

How long will GPU mining last?

The most popular cryptocurrency currently being mined on graphics cards is Ethereum. Most miners choose it; still, once the Proof of Stake comes in (presently scheduled for June 2022), it will become impossible to mine Ethereum. Nevertheless, it will still be possible to mine other cryptocurrencies. However, it is predicted that the profitability of mining other cryptocurrencies will then decrease greatly because a significant part of the Ethereum network's hashrate will most likely shift to them.

Is mining Ethereum profitable in 2022?

During the last several years, Ethereum was organizing the transition to a Proof of Stake blockchain. Judging by multiple indicators, we can assume that the estimated period of the merge is the first half of 2022. As soon as Ethereum goes to Proof of Stake, it will be impossible to continue mining it. Consequently, the GPU miners will need to search for the other algorithms to switch to once the transition occurs.