Why are you mining?

I went to the stats page and was very surprised by what people are mining. There is 6% still mining eth, but probably it is that hive is getting confused with ethw (or so I hope)

Another 10% is mining erg, and whattomine says that you need 2¢ electricity to come out even. RVN isn’t doing much better, but more realistic for some at 5¢/kwh. The best of the top coins is kas at a whopping headroom of 8¢ lol

Shame the stat page doesn’t give absolute values, would be interesting to see what 10% really is (how much hashrate or cards). However, unless many have free or very cheap electricity, mining doesn’t seem to make sense

Started wondering why people still are mining. Guess partly in my case is a combination of fomo, addiction lol, heating, and almost acceptable electricity prices. Also a little of wanting to see what happens in the next few weeks, and then decide. Why are you mining?

Reading the forum’s posts seems that people are chasing the top of whattomine. There have been people asking for oc for the coins that show there. However, in general, these top 5 changes daily if not hourly. Unless taking in consideration the electricity cost, many will have an unpleasant surprise next month.

If people are chasing these elusive coins, how profitable can this be? Pools usually penalize you during the first 24h of mining. So you won’t be seeing the full profits that whattomine advertises.

For instance, I saw SERO, and AION among others that are now unprofitable at almost all energy costs. So switching coins often is probably not profitable.

Basically, you are damned if you do and damned if you don’t. Most coins in the top 5 will probably become unprofitable as miners flock to these, so can you ride the wave before it collapses?

If you sell the coins daily because you don’t trust the coin, you might not be burned should it go to 0. However, if the coin manages to double in price you will miss out on potential wins. There are pools paying out in btc, but how many are doing it?

These sites usually have hidden costs. For instance, unminable pays about 10-20% less than what you would get mining a top whattomine coin. Nonetheless, regular pools also have hidden costs, since not all (any?) pay your full hashrate initially.

Nicehash also has a hidden cost if you change frequently since miners take a while to reach their full potential. So if you change the top nicehash coin, then you will be penalized. 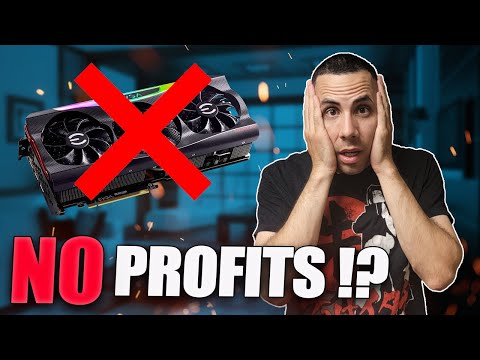