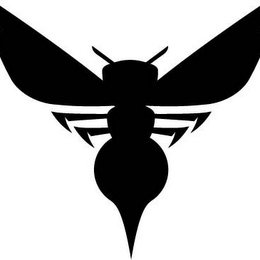 MM.Hash is a hybrid switching miner, technically first of its kind- It allows users to switch between the most profitable algorithm, or the most profitable coin. I originally designed it to operate for Ubuntu, wanting to stand out from other script miners and sport a Unix version. Then HiveOS created custom miners, and I have changed the entire code to allow nearly a full integration/support for HiveOS.

This is not another regurgitated script miner. The first tell sign is the fact there is a Unix version. MM.Hash’s focus is to be fast/efficient, and with as little “lipstick” as possible to keep it that way. Using it you will quickly see the differences between MM.Hash and more conventional script miners such as Awesome Miner.

I do a lot of updates/changes, sometimes links change or events hit among popular pools. I also am constantly helping users setup MM.Hash/troubleshoot being its a new system. I do this all through Discord. This is the link to join below:

Check out the SWARM community on Discord - hang out with 165 other members and enjoy free voice and text chat.

Love to try this one day, when I am more comfortable with hiveos

The discord channel has been discussing both HiveOS and the new custom miner, especially since it is new, and is generating some buzz. You are welcome to join. Yes. I didn’t own any AMD GPU’s to do AMD. NVIDIA was already a boatload of work to get it to work in hiveOS.

I bought an AMD gpu last week- I’m going to set it up, and start AMD side. I am still trying to finish a new auto-coin switching system that will be much faster and reduce load times and overall system load greatly. I am finishing that, then do AMD.

I wanted to try MM.Hash but no releases directory on Github anymore?

We spoke already in discord.

I am constantly updating/changing settings to keep up with pool changes/new miners and adding user requested features.

I recommend to all interested parties to join discord in readme.md on github to stay up to date/inquire the status of changes/updates.

How can the miner use the OC profile for the specific Algo mined? Is there a specific setting? Or do we have to use only one (default OC profile) for all algos?

General oc settings should be used.

HiveOS cuda9.2 library is missing, if you updated drivers. Enemy reqiures is. So does tpruvot klaust, and others. Dredge works off of its own library which is installed when mm.hash starts.

We already spoke in discord, just notating it here.

Just want to note that all required drivers/libraries are there now.

1.4.6b is on my test repository, and is testing grounds for new versions. It works as of now.

Miners however after user requests have been upgraded to cuda 9.2

You will have to update drivers to use.

Final version will give users a choice between 9.1 and 9.2

Project has changed and has been updated.