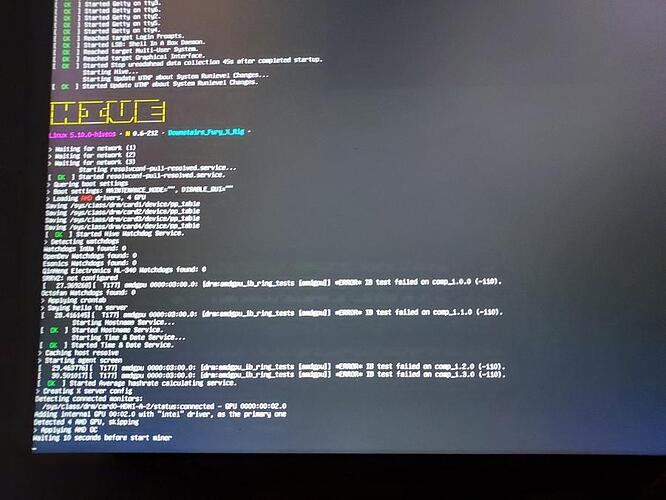 I’ve been using Fury X’s to mine RVN as they were pretty cheap and ROI rather quickly. I ordered another and went to add it to my existing RVN Fury X rig. After adding the card, it started to throw IB Test Failed errors. Narrowed it down to my Sapphire Fury X, a card that has been in the system day 1 with 0 issues. Figured maybe the hiveos on my flash drive was faulty in some way so I re-flashed it with an old version of Hive. Didn’t help. Changed bios settings back to default and then re-enabling mining settings. Nope. From what I’ve researched, the issue I’m encountering is known to both Hive and the linux community. Hive believes it to be a riser issue. Only problem with that is the card was on the motherboard. Linux community thinks its an issue with linux/linux drivers. I’ve done just about everything I can think of to get this thing back up and running. Any help would be awesome.

So the error follows that card no matter what slot/riser it’s in?

Does it error if it’s the only card installed?

seems as if the card just died. tried it in windows and was artifacting like crazy.